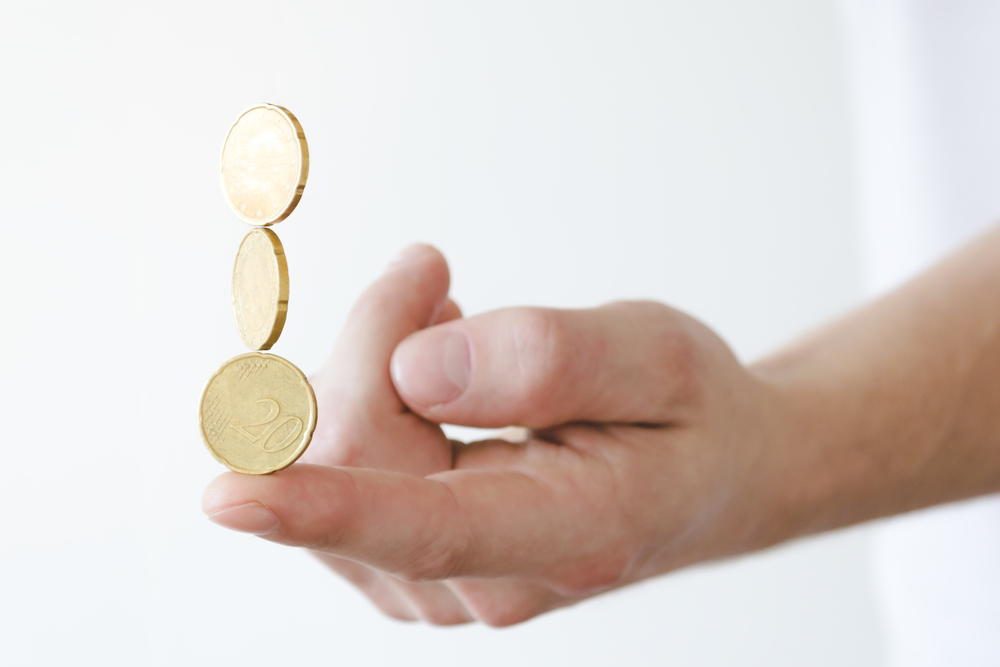 Over the last two years stablecoin projects have increased substantially, attracting big names with a lot of capital. Digital Currency Group, Polychain Capital, A16z, Pantera, and others, have made big bets on stablecoin projects. Over twenty of these projects are live and more are close to launching.

Stablecoins jumped back into the news when the project with the biggest capital raise, Basis, decided to shut down and returned funds to investors citing regulatory problems. It’s not clear what those problems were or which US regulatory agencies were involved. Although it’s a blow to this specific project, plenty of stablecoins are in the market already and have received substantial volume and use.

The reasoning behind the creation of stable cryptocurrencies is straightforward. Most cryptocurrencies like Bitcoin have a predetermined algorithmic supply regardless of demand for the cryptocurrency. Inelastic supply coupled with highly elastic demand can create wild volatility around price. Volatility is great for potential asset appreciation, but has negative effects on consumption and lending.

In addition, many cryptocurrency traders want a stable option to hedge their positions or move money around the world without having to use the US Dollar, Euro, or Yen banking and payment infrastructure. Many dapps involving betting or gaming are also interested in incorporating a price stabilized asset so their users don’t have to worry about rapid increases or decreases in asset prices.

Tether is the most well known and used stablecoin in cryptocurrency markets as of this writing. Tether has by far the most exchange listings, deepest pool of liquidity, and the most trading pairs. Tether is a simple asset backed stablecoin which aims to achieve a 1:1 peg with the US Dollar. It’s unclear whether Tether’s reserves are purely US Dollars, but users are supposed to be able to redeem any Tether they have for US Dollars. Edge users can use the ERC-20 version of Tether  in their wallet today.

No purely algorithmic stablecoins are live at this moment, and the most anticipated of these projects, Basis, has been shut down. These projects, in theory, would rely on automated mechanisms that would expand or contract the supply of coins at the appropriate time based on market conditions. The coin’s value would be stabilized by what some commentators call an “algorithmic central bank”.

Another variation is a hybrid of the general categories of asset backed and algorithmic. The MakerDAO platform’s own stablecoin, Dai, is a hybrid that relies on a complex mix of underlying assets, automated mechanisms, and external actors to achieve price stability.

Each Dai is backed by Ether held in Ethereum based smart contracts. These contracts are called Collateralized Debt Positions (CDP). Anyone can lock up Ether in CDPs and new Dai will be released to the user in exchange for locking up the necessary collateral. CDPs need to be over-funded or over-collateralized, meaning the CDP’s value will be greater than the value of the released Dai.

For example, if a user locks up $200 worth of Ether, the contract will release less than $200 worth of Dai. The amount depends on the CDP’s collateral-to-debt ratio. CDP contracts also have a liquidation ratio which triggers an auction of the CDP’s assets if the value of the underlying Ether falls beneath the collateral-to-debt ratio. The Dai system wants to make sure there is more than enough collateral to back all the Dai circulating in the market.

Currently, the target price of Dai is a 1:1 USD soft peg. This can change over time, but as of this writing this is the current Dai peg. When there is extreme market volatility challenging the price stability of Dai, the Dai system automatically engages something called the Target Rate Feedback Mechanism (TRFM). This mechanism operates similarly to how central banks use the interest rate to maintain their own currency’s price stability. According to Maker’s white paper:

“When the TRFM is engaged, both the Target Rate and the Target Price change dynamically to balance the supply and demand of Dai by automatically adjusting user incentives for generating and holding Dai. The feedback mechanism pushes the market price of Dai towards the variable Target Price, dampening its volatility and providing real-time liquidity during demand shocks.”

When the market price for Dai is below the target price of one USD, the TRFM turns positive, which breaks the old targeted peg, creating a higher price target, in turn making the creation of Dai more expensive (decreased supply) and incentivizes the holding of Dai (increased demand).

In the opposite case, when the market price for Dai is above the target price of one USD, the TRFM turns negative, breaking the old targeted peg, creating a lower price target, making the creation of Dai less expensive (increased supply), which disincentivizes the holding of Dai (decreased demand).

The Dai system also relies on external actors voted on by Maker (MKR) token holders who are a part of the MakerDAO governing system. These external actors are called keepers, oracles, or global settlers.

Keepers participate in debt and collateral auctions when CDPs are liquidated, and also trade Dai looking for arbitrage opportunities. Oracles are trusted nodes that feed the platform with accurate pricing data. Global settlers are external actors selected by MKR voters who are in charge of handling the complete and orderly liquidation of the Dai system in the event of an existential threat.

Dai has been live since April of this year and has successfully maintained a very tight trading range around its price target of one USD. It’s still very early in the project’s history, but it has shown the ability to successfully handle massive market volatility around its Ether based collateral, and continues to maintain its USD peg.

Preparing for the Ethereum Merge