What is a Crypto-Currency Wallet?

The development of cryptocurrencies demanded a naming for each unique part that helps create the entire ecosystem a user might come into contact with. Today we’re going to talk about what a cryptocurrency wallet actually is. The name “wallet” doesn’t do it complete justice but many new things have to use old language so that people might get the gist of it. Ultimately the word wallet emerged because its an analogy to a physical product people are already familiar with that serves a similar function. Yes, a wallet is something you keep money in but it doesn’t tell the whole story about a crypto-currency wallet.

A crypto-currency wallet is something that does one or more of the following functions:

We will come back to the functions later but first we need to briefly focus on what we mean by “key(s)”. Keys at their most fundamental are random numbers. Bitcoin and other cryptocurrencies use something called Public “Key” Cryptography which makes possible the creation of digital secrets and unforgeable cryptographic(mathematical) proof and hence the use of the term “Crypto”. Secrets and proof are fundamental to financial transactions.These random numbers or keys in the case of crypto-currency act as money. And software that contains those keys are naturally called wallets since the digital keys are used as money.

Now back to the functions. As we mentioned before wallet software knows how to create, manage, and store keys.

The “create” can be misleading if you think the wallet actually creates money. What it creates are digital keys(random numbers) that allow you to accept and send cryptocurrency. Just like a mailbox and a mail key are not actual mail but allow you to access your mail. We can apply this example to the crypto-currency wallet that creates digital “keys” that facilitate the reception, storage, and sending of crypto-currency. You could actually create these keys on your own but this would be an arduous process that’s not fun for anyone. The wallet software does this for you, handling the public key cryptography so you don’t have to. 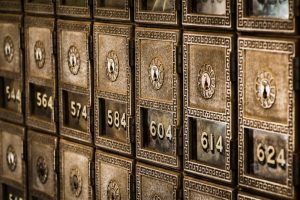 Securing and Storing of Private Keys

The different storage options available are paper, mobile, desktop, and specific hardware. A paper wallet has the necessary private keys stored on sometype of physical document. This makes it immune to any type of online attack but isn’t user friendly for the beginner and leaves complete responsibility to the user for physical security of the paper wallet. Mobile and desktop storage options are similar to each other since the private keys are usually secured and saved to the computer’s(mobile or desktop) disk in some way. The keys exist on the specific device the wallet is on. Usually these wallets are referred to as hot wallets because the keys are stored on devices that have some type of internet connection. Desktop wallets have more susceptibility to malware or malicious actors than mobile but both can be used for secure storage as well as easy and dynamic access to blockchain networks. Lastly, hardware wallets are devices made specifically for the storage and security of crypto-currencies. They try to provide a secure as possible mechanism for creating keys, signing transactions, and are known as “cold” storage because the keys are stored offline in the specific device with no connection to the internet. This “cold” non-connection makes hardware wallets immune to any online attacks like paper wallets. But hardware wallets are another device to be purchased and protected.

And lastly wallets use private keys to communicate with the blockchain.

In this post we covered a lot in a relative short amount of time, especially for the newcomer but we would encourage you to go deeper in to some of these topics if you desire to. We just touched the surface of a lot of these difficult concepts and technologies that are at the core of a new financial system.